Do you want to progress faster than most beginners? Fretello shows you how! Maybe you already walked into some of these beginner traps. But don’t worry, we have your back and will show you how to avoid them:

Practicing until you can’t move your fingers anymore, then not touching your guitar for weeks might kill your motivation. Instead, try to practice for just 10 minutes each day. The time you invest will end up being the same, but you’ll see results much sooner. Sounds good, right?

Starting with random chords from songs you like and fretting one string after another sounds like a great plan, but it’s so limiting! To play chords well, and improve your speed,  you need to get all your fingers into shape simultaneously.

Putting too much finger pressure on the strings hurts and could damage your guitar. Harder is not better. Instead, move your fingers closer to the fret bar—you won’t need to apply that much pressure there. Your fingertips will thank you, and you’ll be able to practice longer and improve faster.

Sometimes knowing 2-4 chords is enough to play some songs but that’s only half the story. Playing technique matters much more than the number of chords you know. You’ll discover all of these along your Learn Path anyway.

Accuracy beats speed. Start slowly, get used to the movement, and the speed will come naturally. Many beginners do it the other way around: they try to go fast at the cost of their playing. In the long run, it’s faster to learn something well from the start than to learn it sloppily and have to readjust later!

Is your guitar ready to be played at any time? Do you keep it near your couch, or is it stored away in a bag in your closet? It’ll be easier for you to build a habit of playing if picking your guitar up takes you just a second.

Don’t worry, we’ve all walked into one or the other trap. Just keep our tips in mind from now on—to progress faster in the future!

“I want to play that song in a month.” Many beginners consistently misjudge the difficulty level of a song they’d like to play. No wonder! To set a realistic 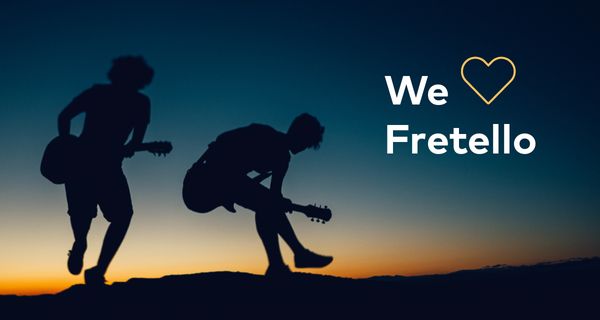 … it’s not overwhelming, it gets me excited, I see quick results. We asked our users what they love about us. Check it out! Customer stories can be cheesy! But