We would like to celebrate some of the most unheard of guitar genres with you! How many of them do you know?

What?  At the turn of the 20th century, Portuguese sailors brought guitars to shipping ports in Sierra Leone, Nigeria, Liberia, and Ghana. Their African shipmates used them to create a hybrid folk sound that merged guitars with local melodies, rhythms, and Trinidadian calypso. Its name comes from the palm wine drank while listening to music.

Sound?  A really distinctive and expressive style that is light and easy.

Sound? It has a medium to fast tempo and is dominated by electric guitars. Bands use amplifiers to create a "wet" spring reverb that creates a sound like crashing waves. Guitarists also use the vibrato arm on their guitars to bend the pitch of notes and rapid (alternating) tremolo picking.

Sound? Strong guitar and drum sounds with drums helping to provide complex rhythms. Guitarists often use tapping techniques and loop pedals to build on these rhythms.

What? Cute metal blends parts of heavy metal and J-pop with lyrics that have cute, lovable (Kawaii) themes.  Cute Metal is a lot less aggressive than other heavy metal styles.

What? Shoegaze gets its name from the musicians who were often looking down at their effects pedals during concerts. It emerged from neo-psychedelic groups who usually stood motionless during live performances.

What? Ninendocore is a style of metal music that mixes chiptune and video game music with hardcore punk and/or heavy metal. Its name was inspired by Nintendo, where many of the music samples come from.

What? Jazz fusion is a style of music that combines parts of jazz with rock, funk, and R&B, Influenced by rock and roll, Jazz musicians use electric guitars, amplifiers, and keyboards to create their sound.

Sound? Like Jazz or rock, arrangements can differ in complexity. Some employ groove-based vamps fixed to a single key or a single chord with a simple, repeated melody. Others use elaborate chord progressions, unconventional time signatures, or melodies with counter-melodies. Both types of arrangements typically include improvisation similar to other types of jazz.

Enjoyed this post? Become a member of the Fretello community!

Playing guitar isn’t about unlocking any hidden talents. Anyone can become a proficient guitarist. With Fretello, you've got everything you need to learn guitar all in one app. Start you free trial and start:

We collected tips from our experts on how to be ready for a Jam Session, and made our backing track library for guitar available for free - so you can start jamming right away! 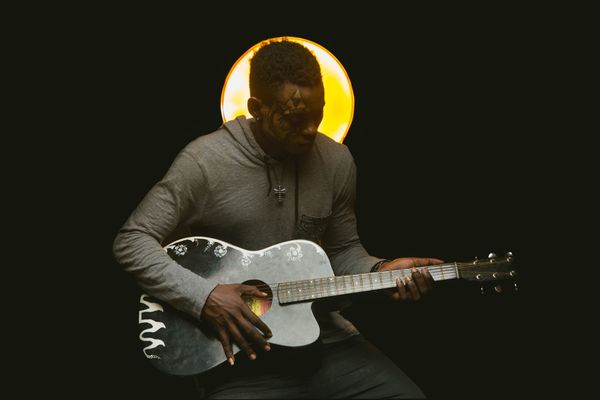 Chances are there are quite some guitar genres out there you’ve probably never heard of before. We created a list of the best 'unknown' ones we’ve found – check them out. Maybe they inspire your next jam session!