In our last article, we showed you how Magnus Karlsson learned to play and structure his practice routine. This week, we are going to present to you another exceptional artist, we talked to at Musikmesse Frankfurt: DragonForce's Herman Li.

"If I don't practice systematically, I won't be able to play my own songs anymore within two weeks"

Over the last few years, DragonForce has established itself as one of the premier bands in today's metal scene. They are just about to release their new album "Reaching Into Infinity" with which they want to take their guitar power to the next level.

You are never too old to become a good guitar player

The DragonForce guitarist told us that he was already 16 when he picked up a guitar for the very first time. A few years later he started DragonForce with Sam: "We wanted to do something with melodic singing – something catchy and melodic", he told us.

When he started to play, Herman listened a lot to rock guitar players like Bon Jovi. Later on Metallica, Megadeth and Dream Theater have been very influential. "When we started the band", he told us, "we were also listening to a lot of thrash, death, power and progressive metal. That's the music we enjoyed listening to".

How to write solos

Sam and Herman have different approaches for writing lead lines at DragonForce. Sam works every single solo out. He writes everything down before he starts playing it. So he works it out with the chords and then he'll practice it and records it. Herman's method is slightly different: "My method is based on improvisation. I play as long as it takes until I find something that I like. Somehow, I like the magic of surprise of improvising. I don’t know what's going to happen. Then I'm trying to figure out what I've just played".

When we spoke about practice plans, Herman pointed out that you need to have a clear structure for your practice routines, which is exactly what we do in Fretello: "Start out with a specific shape of a scale. Practice it vertically until you can remember it. Then learn the other positions. Then start to combine them, play horizontally and finally diagonally".

According to Herman, you can get most out of your practice routine if you practice scales to music and not only to a metronome.

DragonForce is heavily influenced by video games, which you can hear in "Through the Fire and the Flames" for example. In order to be able to play killer solos like in the video below, Herman told us that he has to practice every day to keep that level: "If I don't practice, I won't be able to play my own songs within 2 weeks". 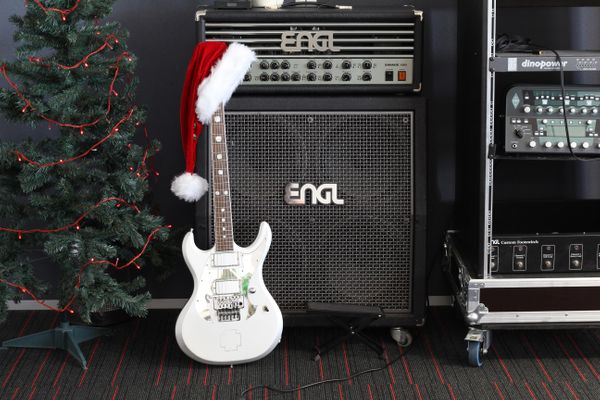 It's the most wonderful time of the year and we bring you the most beautiful Christmas songs with notes and play-along tracks for your holiday greetings.

We talked to Swedish songwriter, guitarist, guitar teacher, and producer Magnus Karlsson about practicing guitar. Here's what you can learn from him!