The D Major Scale is one of the most common scales used in the composition and improvisation of guitar music. It is based on the root note D, and contains the notes: D, E, F#, G, A, B, and C#.

Like similar scales, the D major scale is easy for beginners to get their head around. It’s an important scale for any guitarist to learn because of its frequent use in a variety of genres and popular songs, both old and new. It's also a great scale to kickstart your musical knowledge and can be applied to both playing covers and writing your own material.

The D major scale in the open position guitar TAB

The D major scale follows the same pattern that all major scales take:

The D major scale is a 7 note diatonic scale containing two sharps: F# and C#. The relative minor of D major is B minor, which contains the same notes as D major but in a different order, making it sound “sadder” and, therefore, minor.

In order to recognize the D major scale in written music, you should look for two sharp symbols at the start of the staff on the same ledger line as F and C. This tells you that each time a F or C appears in the composition, they should be played as F# and C#.

The D major guitar scale is a commonly used scale, which is why it is effectively known as the ‘master D scale’. This is because the notes in the key of D flat are the same as the notes in the D major scale itself. Therefore, it can be used as a reference point for all other types of D scale.

What chords are in the key of D major?

Building chords from any scale consists of simply stacking thirds for each note in the scale to build triads—the D major scale guitar notes are no exception. By looking at the notes in the D major scale, you can create 7 different root chords which you can also add the 7th note onto to create major or minor 7th chords.

These chords we create are diatonic to D major and can be used in any D major chord progression. They are:

Where can I play D major scale on my fretboard?

Like all major scales, the notes of the D major scale can be grouped to form five distinct patterns that are interconnected up and down the fretboard. These patterns are commonly referred to as CAGED patterns because they correlate with the open chord shapes of C, A, G, E, and D chords.

How to improvise using the D major guitar scale

There are a number of different ways to improvise using the D major guitar scale which can include playing the notes of the scale in an ascending and descending pattern, and playing the scale in thirds. These methods are easy and can be used to form the base of an improvised solo. However, if they are used too often, they can  sound uninspired and repetitive.

To spice up your improvisation, you can also build melodies using different eighth note rhythms from the scale which will add variety and flavour to your performance, although always be sure to end your improvised phrases on the root note of the scale (D), to re-enforce the key.

As guitarists ourselves, we know that starting guitar can feel overwhelming. But, it shouldn't be. With our structured, guided lessons, it's simple, fun, and rewarding. Try us out for free and see how much you can improve in a week! 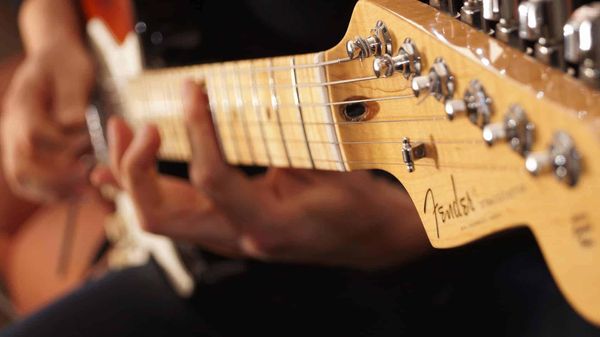 Melodies are more than just a sequence of single notes. Here's how you can use major triads, such as the C major triad, to build powerful riffs à la Van Halen. 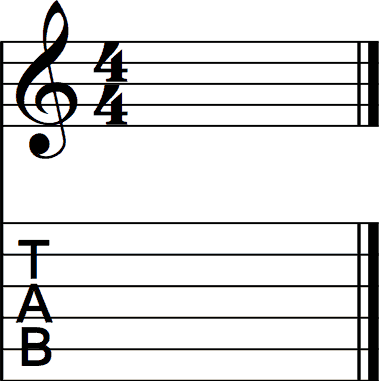