It's well established that Eddie Van Halen is one of rock guitar's most influential and imitated lead guitarists. But it's often ignored that he is also one of the greatest rhythm stylists. For that reason, and to celebrate Van Halen's 62nd birthday, we'll show you 5 things you gotta do to play like Eddie.

Eddie Van Halen admitted that among others he had ruined a vintage Les Paul and an ES-335 in his quest to build the ultimate rock axe. The result was a mix of a Strat-shaped ash body from Charvel, an unfinished birdseye maple neck, hardware from a 1958 Stratocaster and a hard-mounted Gibson P.A.F. humbucker, which was custom wound and potted in wax to mute coil squeal at high volumes. Eddie also spray-painted his first guitar himself, stripped its body with tape and painted it white. That's how rock's most famous guitar was build for about $150 bugs.

“I hate store-bought, off the rack guitars. They don't do what I want them to do, which is kick ass and scream”

Because it was so cool, guitar manufacturers started to build imitations of Eddie's guitar, which pissed him really off. As a result, Eddie even sued the company that actually built his guitar's body.

2. Play Nasty If You Talk Nasty

Van Halen never minced matters. In the 1970s, he was best known and not loved by everyone because of his roguish and cocky appearance. Van Halen's songs reflect this attitude, delivering dirty tricks in clever ways, and always with a smile.

For example, composed on the piano and full of bright major and sus4 harmonies, the tone and phrasing of  Van Halen's "Unchained" demonstrates this lifestyle by radiating arrogance backed by an open, detuned sixth string, which is dropped an extra whole-step for this song,

The biggest mistake many glammed-out '80s Van Halen wannabes made was to underestimate the influence the blues had on Eddie Van Halen. "

"I know every fu*kin' solo Clapton ever played, note for note"

For example, when you slow down the turbo shuffle riff that opens "I'm the One" you discover it's just a basic 12/8 blues theme. Slow down classic Van Halen solos, and you discover that many of them are based elements from the blues.

Believe it or not, but Eddie Van Halen invented the tapping. Although other players were likely experimenting with similar approaches at the same time, it was Eddie Van Halen, who tapped into the divine.

In songs like "Jump" or "Hot for Teacher", Van Halen's tapping agilely hops from string to string. However, the best way to learn it is by stealing simple single-string shapes from the baroque tap cadenza that closes "Eruption".

It's funny that Eddie Van Halen has had to defend the presence of instrumentals on his albums over the years. If producer Ted Templeman had not insisted the guitarist include his 1978 backstage warm-up routine on the band’s debut, the world would be without the hard rock guitar cadenza against which all others are measured: "Eruption". If you can fire off even a few of the fretboard pyrotechnics he uses in this white-hot guitar fireworks display, you'll surely elicit some oohs and ahs.

Later this week, we're going to show you how to play Van Halen's famous tapping intro for his song "Hot for a Teacher".

In this tutorial, we break down the fast opening two-handed tapped riff and the arpeggios of Van Halen's song Hot for Teacher. 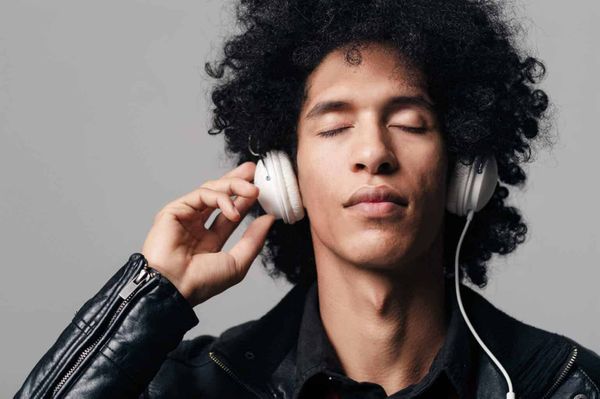 Modes are alternative tonalities or scales. In this article, we'll explain how you can use them to invoke different feelings and emotions when writing songs.