Wes Borland is best known as the current guitarist and backing vocalist of the nu metal band Limp Bizkit. He gained popularity when Limp Bizkit achieved mainstream success in the late 1990s and early 2000s.

Unjustly, he's more popular for his elaborate visual appearance, which has included face and body paint, masks and uniforms. If you take a closer look, you'll find out that his guitar playing is quite unique and compelling, not least because of his sonic experimentation.

In order to identify Borland's style, we need to nail down exactly what he does on the guitar that makes up his sound.

Let’s make a few notes of his most obvious techniques:

If you were to summarize Borland's style, these are the traits that would most aptly describe his playing tendencies. In almost every Limp Bizkit song you can hear them applied.

Many argue that this is just basic nu-metal, following in the footsteps of Korn. Although Borland and Limp Bizkit as a band derived a lot of inspiration from Korn, they expanded what Korn was doing and provided a variation on a theme. You don’t need to re-invent the theme but, you do need to provide some variety.

Here are a few things we can practice to improve our own playing that is specifically useful for heavy nu-metal sounds.

This may seem obvious, but practicing melodies and learning how to use effects to enhance them is a skill worth honing.

Learn how to use compound intervals

Per definition, compound intervals are intervals that are greater than an octave. And Borland uses a lot of them. For example, in the "Livin it Up" riff, Borland starts at an E♭ and moves up to a perfect fifth which is seven semitones above the root. However, since it's a compound interval, the fifth (a B♭) occurs on the high E (first string) on the ninth fret. If you take a closer look, you'll find out that being able to skip strings and make things sound fluid is a great skill to have at your disposal. Using compound intervals like this is an efficient way of building melodies that span multiple octaves.

For more impact during a full chorus, Borland usually plays a single note version of a chord progression (i.e. just the root note) before instead of using full chords.

Speed up your chord progressions

Being repetitive isn't always a bad thing and the quickness that Borland puts in his riffs combined with the repeating gives his music a lot of energy.

Beyond that, you're depending on your own creativity to come up with riffs that are the same kind of high energy and drive that Borland has used to keep fans pumped up for more than a decade. The guitar playing is simple and repetitive. But again, you're looking for a variation on a theme. 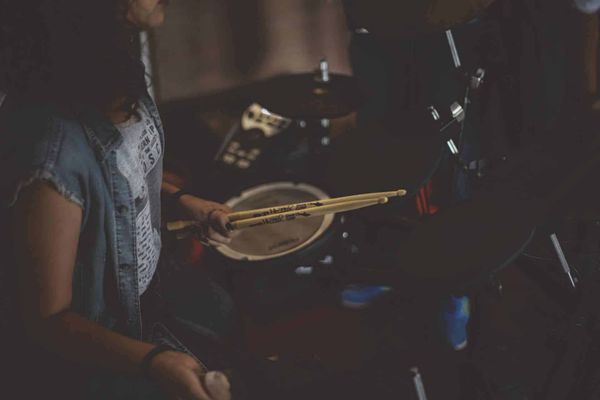 Practicing scales using backing tracks is an excellent way to improve your playing. It's also a lot more fun than practicing with only a metronome! 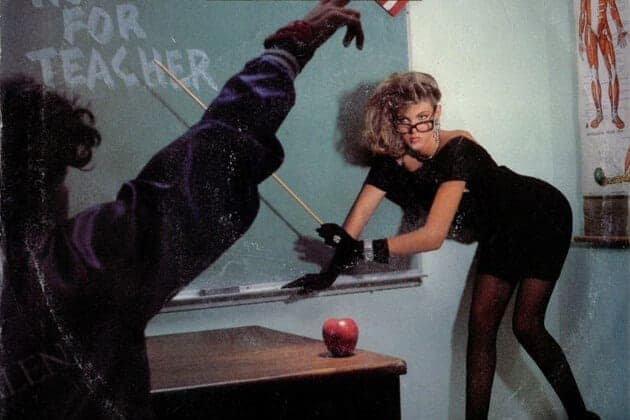 In this tutorial, we break down the fast opening two-handed tapped riff and the arpeggios of Van Halen's song Hot for Teacher.