Why Start With the Minor Pentatonic Scale?

In the same manner that learning to write helps you read and learning to read helps you speak, learning the minor pentatonic scale will help you learn, memorize, and master material from all over the rock genre. New riffs, licks, and solos that you learn will be far easier to conceptualize and digest if you can see where they’re coming from. On top of that, when you want to improvise or compose your own riffs, licks, or complete songs, the minor pentatonic scale is a great starting point.

To memorize the scale, you can simply play up and down as below, over and over. Slowly. Try to minimize mistakes. Once you start to feel confident, start weaning yourself off the diagram.

How to Boost the Minor Pentatonic Scale?

You can create a unique harmonic source for your solos by adding additional notes to a scale. When you do this, the result often doesn’t have an official name — hence the term hybrid. In the following, you'll learn a hybrid scale that's based on the minor pentatonic scale.

Theoretically speaking, you combine the notes in different scales. This scale is a combination of the minor pentatonic scale, the blues scale, the dorian mode, and the harmonic minor scale. In theory, this might sound much more complex than it is in practice. Thus, the only thing that matters is that you can use this scale well for blues and rock. For example, guitar legend Paul Gilbert frequently uses a similar approach for his solos.

Hint for advanced learners: You can play this shape over all dorian tracks. However, it is not 100 percent suitable for all chord progressions in minor. If you want to play it to natural minor (aeolian) tracks you have to play the 6th fret instead of the 7th fret on the B string.

How Does it Sound? 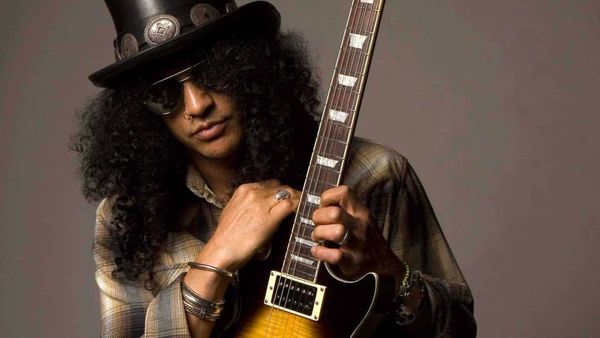 Learning scales is great but you have to learn licks to learn lead. This week, we show you how Slash from Guns'n'Roses uses plays Knockin on Heaven's Door. 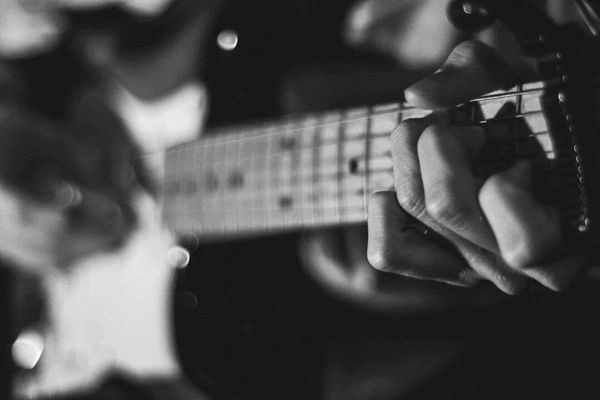 Having your fret hand in the correct position helps you to avoid fatigue, allowing you to play your guitar faster without any disturbing background noise.