A refresher to the pentatonic scale

If you want to become a better guitar player, it is crucial to practice scales. Although learning scales is great, you have to learn some popular licks to learn lead guitar. Also, learning to play some lead lines from popular bands is also more fun than just practicing scales.  Thus, we are going to present to you different licks, riffs, and solos that you can play with the pentatonic scale.

Don't worry if this still sounds a bit complex, we will come back to it later as you continue developing your skills with Fretello Lead.

This week, we show you how Slash from Guns'n'Roses uses the 5th pentatonic mode for his solo in Knockin on Heaven's Door.

The song is written in G major and the G major pentatonic consists of the notes g a b d e. Thus, the La shape starts on the e which is located on the 12th fret of your guitar.

Slash repeats the same rhythmic motif twice. If you take a closer look, he only varies the last note of the sixteenth note figure by playing the note on the 14th fret the first time and on the 12th fret the second time.

Repeating rhythmic motifs creates a clear structure which makes the lick sound catchy. The icing on the cake is the note in the middle of the phrase.

Note: Slash always tunes down his guitar by a half step. If you want to play the lick to the original song, you will have to do the same. 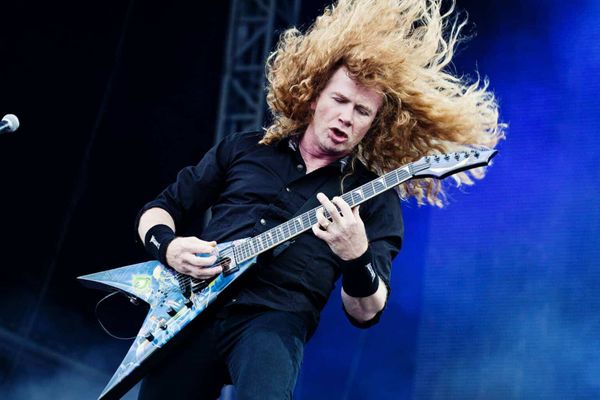 In this week's lick, we show you how Dave Mustaine from Megadeth uses the pentatonic scale for one of his solos in Peace Sells. 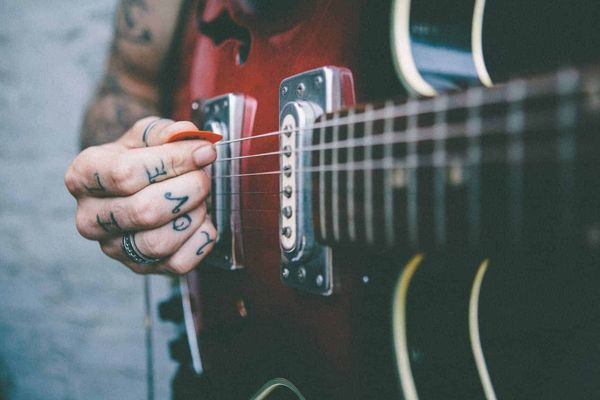 The minor pentatonic scale is probably the most-used and most-heard scale in the guitar world. Find out how to boost your lead lines efficiently.