When playing notes on a single string, alternate picking is used. When changing to a neighbor string, the pick always goes the shortest, direct way:

Alternate picking is a guitar-playing technique where you hit the strings in an upward (V) and downward (п) direction alternately. 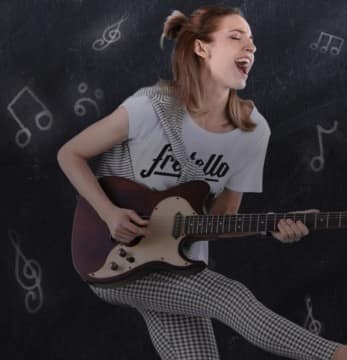