The Major scale is the most frequently used scale in western music. Its bright sounding is well-liked in pop, rock, classical, jazz, punk and country:

It is made up of seven notes with a characteristic succession of whole and half tone steps, which is referred to as “diatonic”. For example, in the key of C, the Major scale consists of the notes c-d-e-f-g-a-b-c.

As you probably remember from school, there are naturally occurring half steps between e & f and b & c. If you look at the picture above, you will see that the half steps of the Major scale are located between the 3rd & 4th and 7th & 8th scale degrees.

Finally, you can produce a bright and happy timbre by playing the C Major scale over a C major chord for example.

The Major Pentatonic Scale has a very distinct sound that works greatly layered over many chords. Learn how to derive it from the Major scale. 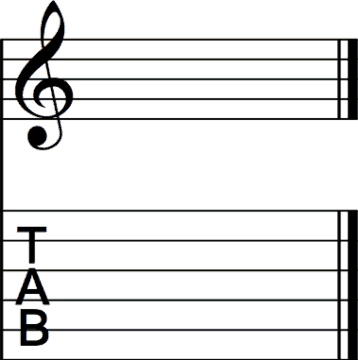 A minor is a minor key based on A, with the pitches A, B, C, D, E, F and G. Learn how to play chord progressions.